Feast of Elijah, the Prophet 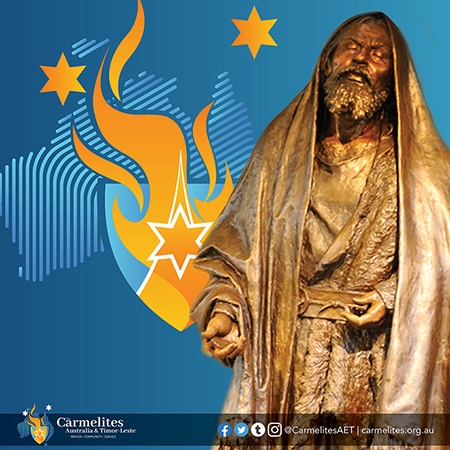 On 20 July Carmelites throughout the world celebrate the Solemnity of the Old Testament Prophet, Elijah. In the Carmelite tradition Elijah is regarded as the spiritual father of and a source of inspiration for Carmelites.

Elijah and the Bible

“He goes beyond the confines of his time,” the Pope said. He also recalled how Elijah appeared at Jesus' side, together with Moses, at the moment of the Transfiguration.

In the Bible, the Pope noted, “Elijah appears suddenly, in a mysterious way.”

Pope Francis said the prophet Elijah is a man without “a precise origin, and above all without an end, taken up into heaven: for this reason, his return was expected before the coming of the Messiah.”

The Pope emphasised, “Scripture presents Elijah as a man of crystalline faith.”

“Elijah is the example of all people of faith who know temptation and suffering, but do not fail to live up to the ideal for which they were born.”

Focusing on Elijah’s prayer life, Pope Francis underlined how prayer and contemplation sustained the Prophet not only in moments of great success but also in the face of adversity and persecution.

In off the cuff remarks, Pope Francis highlighted the need for the “spirit of Elijah” in today’s world.

“How much we need believers, zealous Christians, who stand up in front of people with responsibility with the courage of Elijah: to say, "You cannot do this.”

“Elijah is the man of God, who stands as a defender of the primacy of the Most High. And yet, he too is forced to come to terms with his own frailties.” 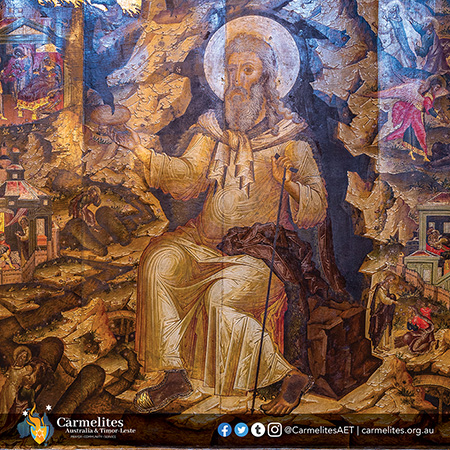 Pope Francis explained to those gathered, that Elijah “shows us that there should be no dichotomy in the life of those who pray: one stands before the Lord and goes towards the brothers and sisters to whom He sends us. The proof of prayer is the real love of one’s neighbour.”

Elijah teaches us, commented the Pope, that ardent prayer and union with God cannot be separated from concern for the needs of others.

Digressing from his prepared text, Pope Francis noted that prayer is “a confrontation with God and letting oneself be sent to serve one's brothers and sisters.”

In prayer, Pope Francis pointed out, the prophet grew in discernment of the Lord’s will and found the courage to denounce injustice, even at great personal cost.

Elijah’s experience of God in prayer, he noted, culminated, when the Lord appeared to him not in wind and fire, but “in a quiet whisper.”

Elijah, a story for us all

“This is the story of Elijah,” the Pope concluded, “but it seems written for all of us."

"In some evenings we can feel useless and lonely. It is then that prayer will come and knock on the door of our hearts.”

“Even if we have done something wrong, or if we feel threatened and frightened, when we return before God in prayer, serenity and peace will return as if by miracle.”

From Elijah, Carmelites learn to be people who stand before God with undivided heart, entirely dedicated to his service, and aflame with a passionate love for God and others.

Carmelites allow themselves to be led by the Spirit and by the Word that has taken root in their hearts, to bear witness to the presence of God in the world.

In Elijah they see how to live with each other and all people as channels of God’s tender love, especially for the poor and the humble.