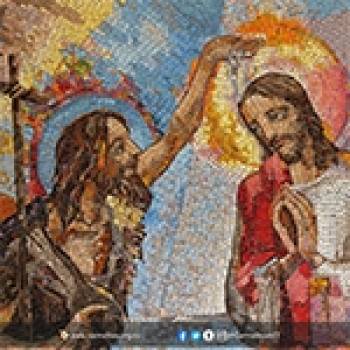 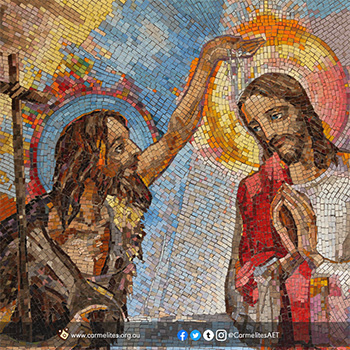 John the Baptist sits at the centre of this week’s Gospel and next week’s. He is the ‘one who cries in the wilderness: Prepare a way for the Lord; make his paths straight’.

John was preparing the people for the coming of Jesus. Moved by his preaching many sought baptism in the river Jordan. This ancient water-rite symbolised dying to the old way of life and rising to a new way of life. That’s what repentance is about: turning away from sin and turning towards God. It is about true conversion of heart. It’s about making straight the pathways of our hearts. The fruit of our repentance and true conversion shows itself in good works.

Our preparation for the coming ‘day of the Lord’ is a continual cycle of dying and rising; of turning away from sin and towards God; of remaking our minds and hearts after the mind and heart of Christ. The good works we do not only give Christ presence, form and shape in the concrete reality of human life, they make ‘straight paths’ for him to enter again into human reality with warmth, love, wisdom, healing and mercy.

Christmas is not just about the birth of Jesus long ago. It’s also about giving birth to him in our lives every day.

In due course John the Baptist appeared; he preached in the wilderness of Judaea and this was his message: ‘Repent, for the kingdom of heaven is close at hand.’

This was the man the prophet spoke of when he said:
A voice cries in the wilderness:
Prepare a way for the Lord,
make his paths straight.

This man John wore a garment made of camel-hair with a leather belt round his waist, and his food was locusts and wild honey. Then Jerusalem and all Judaea and the whole Jordan district made their way to him, and as they were baptised by him in the river Jordan they confessed their sins.

But when he saw a number of Pharisees and Sadducees coming for baptism he said to them, ‘Brood of vipers, who warned you to fly from the retribution that is coming? But if you are repentant, produce the appropriate fruit, and do not presume to tell yourselves, “We have Abraham for our father,” because, I tell you, God can raise children for Abraham from these stones. Even now the axe is laid to the roots of the trees, so that any tree which fails to produce good fruit will be cut down and thrown on the fire. I baptise you in water for repentance, but the one who follows me is more powerful than I am, and I am not fit to carry his sandals; he will baptise you with the Holy Spirit and fire. His winnowing-fan is in his hand; he will clear his threshing-floor and gather his wheat into the barn; but the chaff he will burn in a fire that will never go out.’