The State of the Earth's Climate 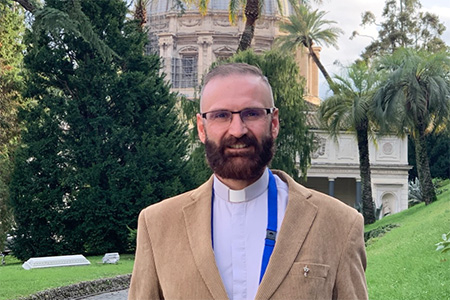 Renowned Carmelite climate scientist, Fr Eduardo Scarel, looks at the state of the earth's climate over the last 4 years - the 4 warmest ever recorded. He explains the causes of global warming and the results on temperatures, extreme weather events, ice shrinkage and the rise of CO2 emissions.

"The next few years are crucial", he says. "We are the last generation that could and should act to avoid crossing crucial turning points and avoid irreversible damage to our common home, the earth, the abode of humanity and the rest of God's creatures."

The years 2015 - 2018 have been the four warmest ever recorded in the instrumental period, which confirms the continuity of long-term climate change caused by the atmospheric concentrations of greenhouse gases. It should be emembered that the energy that flows on the earth is energy from the sun which the earth absorbs and then re-emits back out into the space to keep the earth cool and reach a balance. Greenhouse gases naturally act like a blanket that retains some of the energy emitted by the earth, causing it to cool much less than, say, the moon. That is why the average temperatures on the earth are more temperate and suitable for life than on the moon (the average moon temperature is -18ºC). But the human activities of burning fossil fuels (oil, natural gas and coal) make the blanket of these gases thicken year by year, causing an increase in the energy that flows in the Earth of about 1% each year. This increase in energy causes the so-called climate change, or also, global warming.